At the same time as the FVA-5, a simple school biplane, the FVA-4, was built. The design as a biplane already makes it clear that this aircraft was not intended for performance flight. In fact, it apparently represented a step backward because it was strutted and braced. The FVA-4 was named “Pipö” after the call sign of Prof. von Kármán’s sister.

The need to build a simple and easily repairable airplane for beginner training had been correctly recognized by the FVA. It began to become apparent as early as 1923/24 that the older FVA members were moving away from Aachen after completing their studies, and that the newly arrived students were mostly not former war pilots and thus not yet able to fly. Wolfgang Klemperer, who was mainly responsible for the great successes of the FVA, also emigrated to the United States in 1924. Perhaps this restructuring within the FVA is the reason for the relatively unsatisfactory performance at the Rhön competitions since 1922 and especially with the quite efficient FVA-5 “Rheinland”. 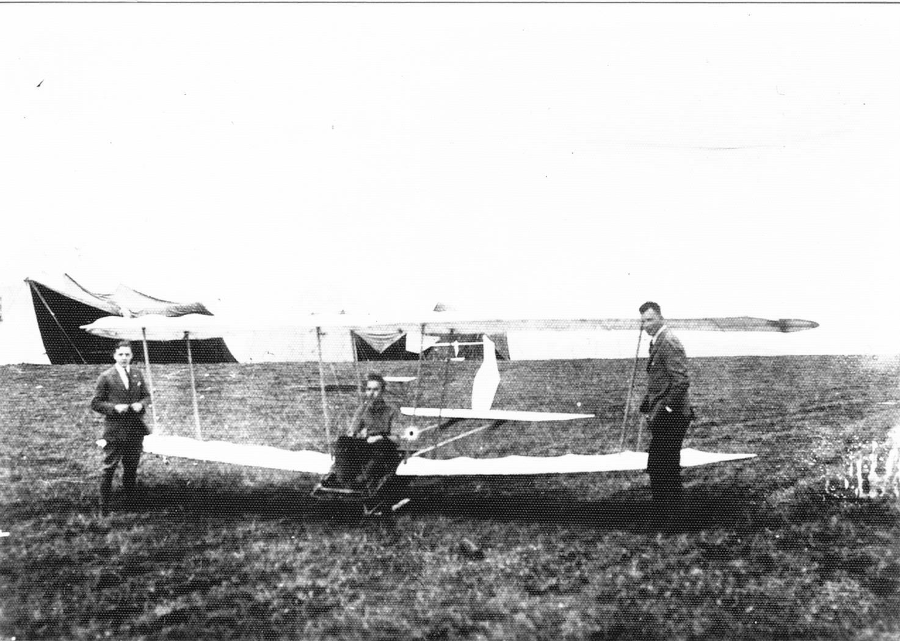