The “Ente” was also a Klemperer design and, like its predecessors FVA-1 and -2, had a double skid as “landing gear”, but the thick, cantilevered wing also clearly showed its kinship with “Schwatzer Düvel” and “Blaue Maus”. Klemperer had been quite taken with the idea of the “Duck” type for some time because of their good-natured stall behavior. The FVA-3 was the FVA’s first two-seater with seats arranged side by side in front of the front spar, with the pilots seated lower in the fuselage than in previous models. 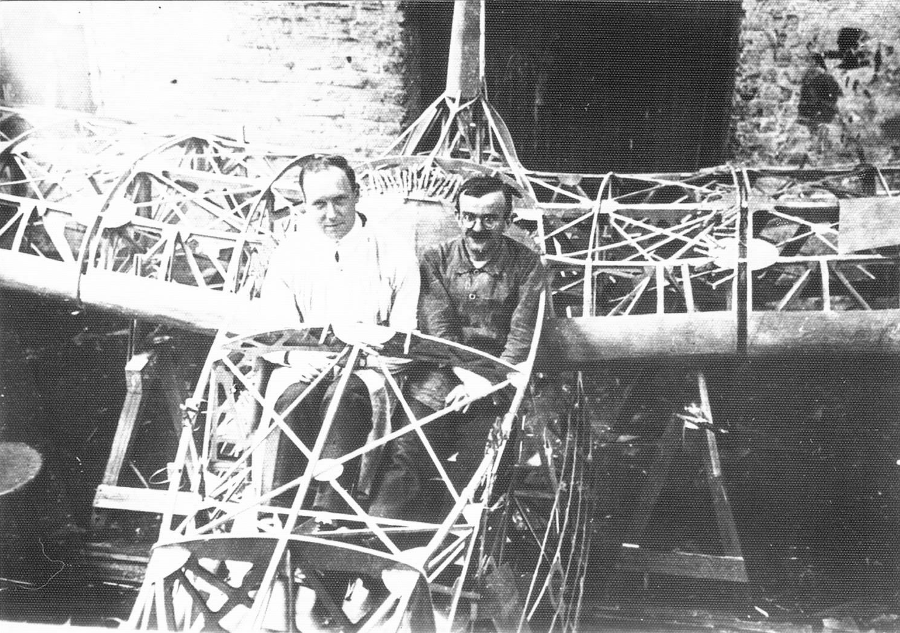 “Klemperer’s “Duck” probably represents the most ingenious design among this year’s aircraft. Both in the whole arrangement and in the formation of details. The V-shaped wing consists of a 2.2m long center section, which is firmly attached to the fuselage, and attached to it are sections, each 4.7m long, which taper outward.

The wing profile is variable. About 4.3m forward of the main spar is a 3.9m control wing, which is spherical at one point and serves as both elevator and rudder. Elevator control is by stick, rudder control by foot lever. Lateral sweep of the control wing is assisted by small twisting flaps attached to it. To achieve lateral control, twisting flaps of l.2m each are attached to the wing tips in such a way that a well-developed slot is created between them and the wings. Behind the wing there is another fixed fin.

Various details are very cleverly executed, especially the spar connections and the control guidance. The apparatus, which offers two seats, runs, similarly to the “Blue Mouse” of the previous competition, on runners, which close a splayed undercarriage. An arrangement that could probably be improved.

The operation of the described control method absolutely requires a very skillful leader, such as Klemperer himself, who has good powers of observation. He flew the apparatus very cautiously at first and found an unfavorable load distribution, which, after several test flights and changes in the center of gravity, caused him to dismantle the machine and make a more appropriate mass distribution. It is very welcome that the duck type, from which one can expect good things in and of itself, has found use as a glider. And one can look forward with excitement to Klemperer’s further flights, which will certainly bring good performances and many interesting and new things.”