Due to the great success of the “Schwatzen Düvel” in 1920, it was obvious to build a version that was unchanged in concept but improved in details. This machine, again designed by Klemperer and built in the early summer of 1921, was given the name “Blaue Maus” (Blue Mouse) and the type designation FVA-2. In view of the performances achieved with this design at the Rhön competition, it can probably be said today that the “Blaue Maus” was the most successful glider built by the FVA.

Externally, the “Blue Mouse” resembled its predecessor, but the pilot in particular sat lower in order to cause less drag. Due to the increased wingspan of 9.70 m and the 8 kg reduction in empty weight compared to the FVA-1, the wing loading of the FVA-2 was only 8.26 kg/m². 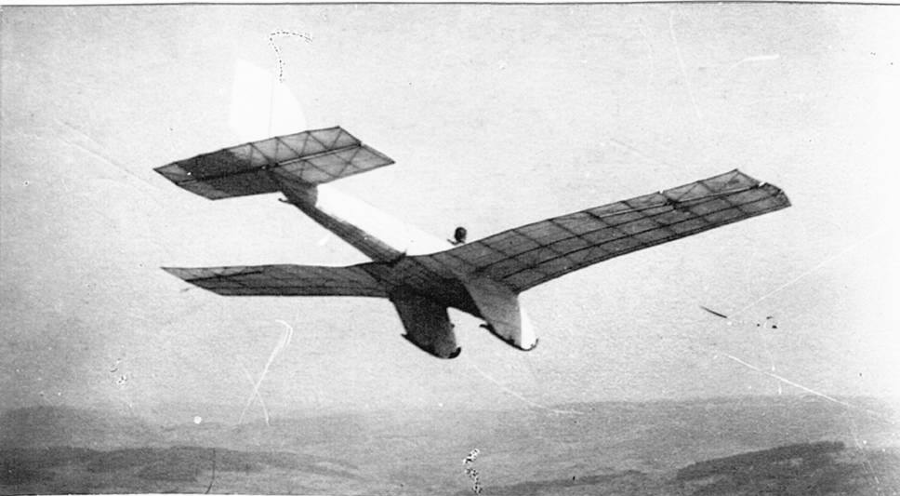 Inspired by the good performance at the Rhön competition in 1920, the FVA entered two aircraft for the 2nd competition, the “Schwatzen Düvel”, the winning aircraft of the previous year as a training aircraft, and the FVA-2 “Blaue Maus” or the “Flugzeug B”. The Aachen team had entered Bienen and Fromm as pilots - apart from Klemperer. The latter two, however, had to pass their glider test before the competition, which they did without difficulty on August 10. They then joined Klemperer in the competition flights.

The WGL provided the construction examiners, and the gliders - if they wanted to participate in the competition - had to prove at least one flight of 300 m length or 30 seconds duration. Also the pilots had to prove some experience in handling gliders.

On August 30, Klemperer took off for the first major cross-country flight in the history of gliding. He was the first to leave the slopes of the Wasserkuppe and sailed to the gates of the town of Gersfeld in 13 minutes. At the same time, he had covered the longest distance ever, 4.6 km.

With this record, Klemperer also broke Orville Wright’s pre-war flight times in America. The well-known English magazine “Flight” wrote about this event which made the whole world sit up and take notice: “If we had been told a few weeks ago that it would be possible to stay in the air for a quarter of an hour with an engine-less airplane without external propulsion, we would have, to put it mildly, at least doubted it.” (taken from the article by Wolfgang Wagner, aerokurier 1973/2, p. 144).

In the following years, a total of three copies of the FVA-2 were built by the “Aachener Segelflugzeugbau GmbH”, which was founded in 1922. One “Blaue Maus” was sold to England, a second one probably to the Segelfluggruppe Fulda. In any case, Peter Bruders saw an already badly damaged example of the FVA-2 in a hangar on the Wasserkuppe.

The prototype of the “Blue Mouse”, Klemperer’s world record glider, fell victim to a daring maneuver in 1922:

Klemperer desperately wanted to determine the glide performance of the “Blue Mouse” unaffected by upslope winds. He attached the glider to a balloon, let it take him to a high altitude and then released it to perform a longer glide. As a result of the current not being present during the release procedure, the FVA-2 immediately went into a shallow spin. Klemperer was unable to get it out of this condition before it hit the ground. 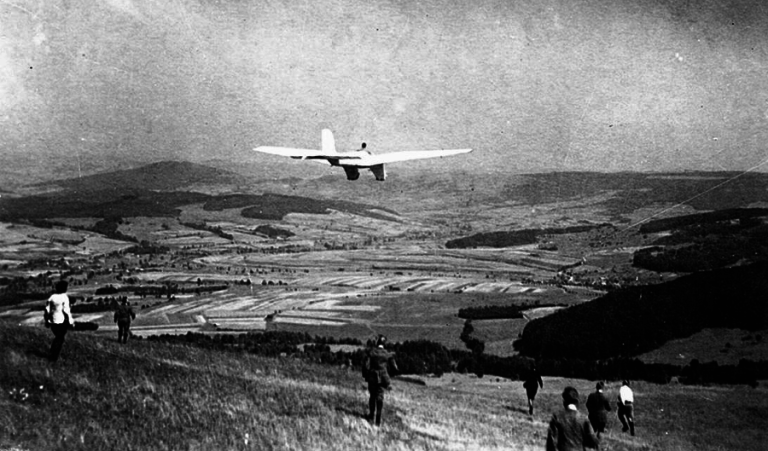