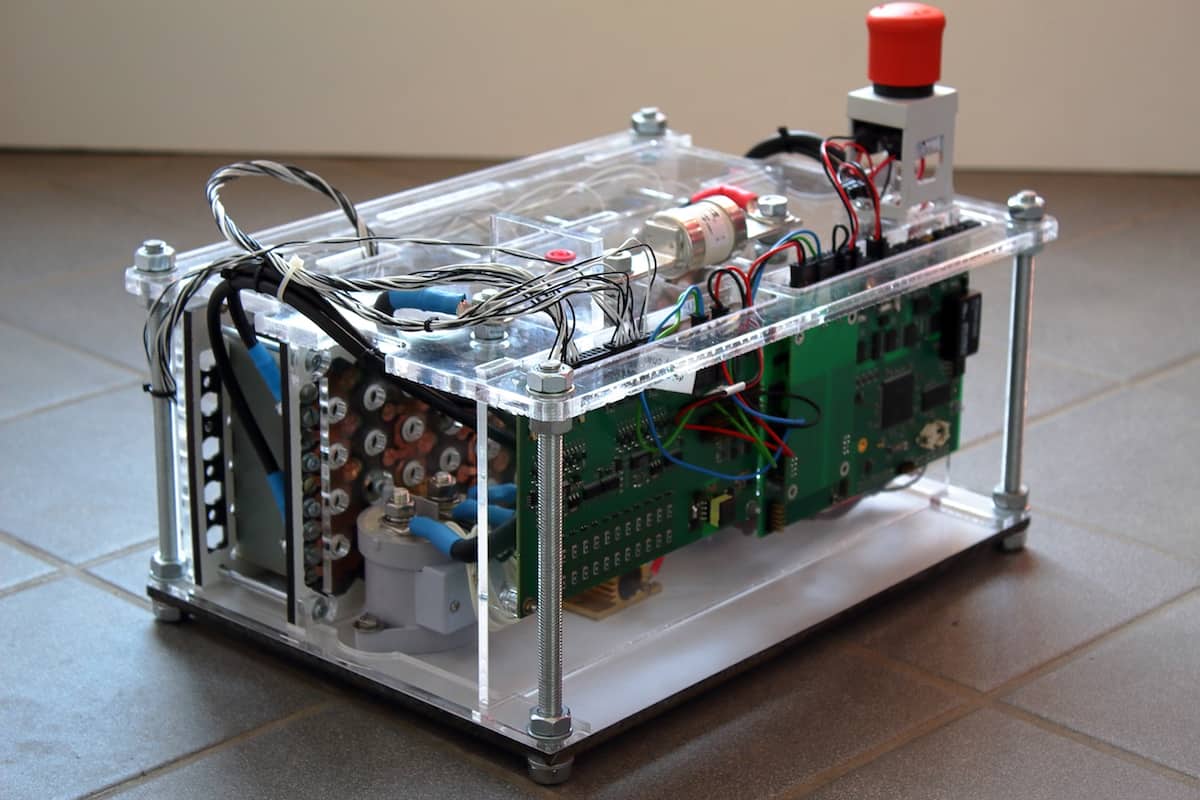 Exactly on time, it was ready for presentation at our workshop celebration in June: After long days and numerous nights of hard work, we were able to complete our first fully functional test battery after the preliminary battery design for the FVA-30 had been completed at the beginning of the year. 60 battery cells, which later form one of 24 submodules, are integrated into a composite structure with a phase change material and connected to each other via welded copper contacts. The phase change material serves to absorb power dissipation in latent heat and was provided to us as granules by the Fraunhofer Institute for Structural Durability and System Reliability (LBF). In addition, the battery module already has comprehensive sensor technology and protection electronics and can be controlled via a CAN connection via a computer. Numerous load tests under various operating conditions are now scheduled for the following weeks. This article briefly summarizes the construction of the battery in pictures and forms the prelude to the upcoming construction phase for our Project FVA-30. 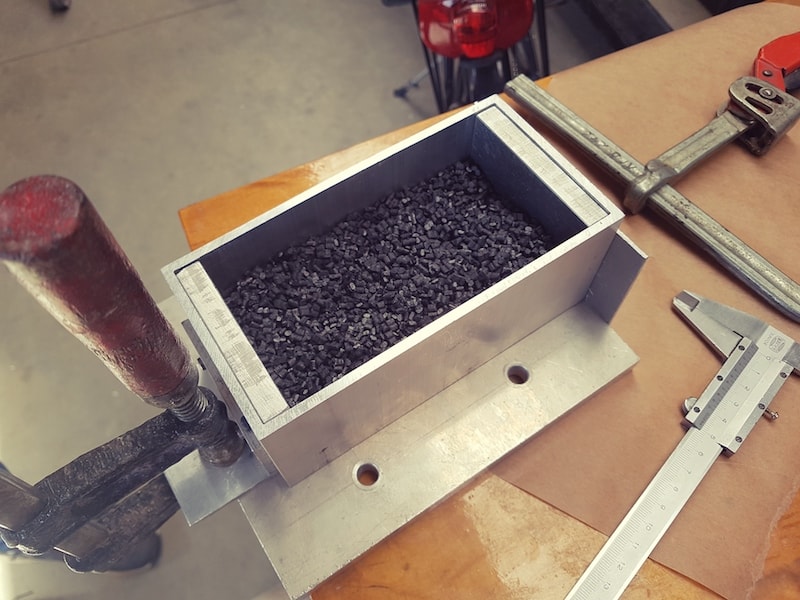 The phase change material used for cooling is a paraffin wax which is processed in a composite of HDPE and graphite. For the battery, the granulate had to be pressed into the correct shape. 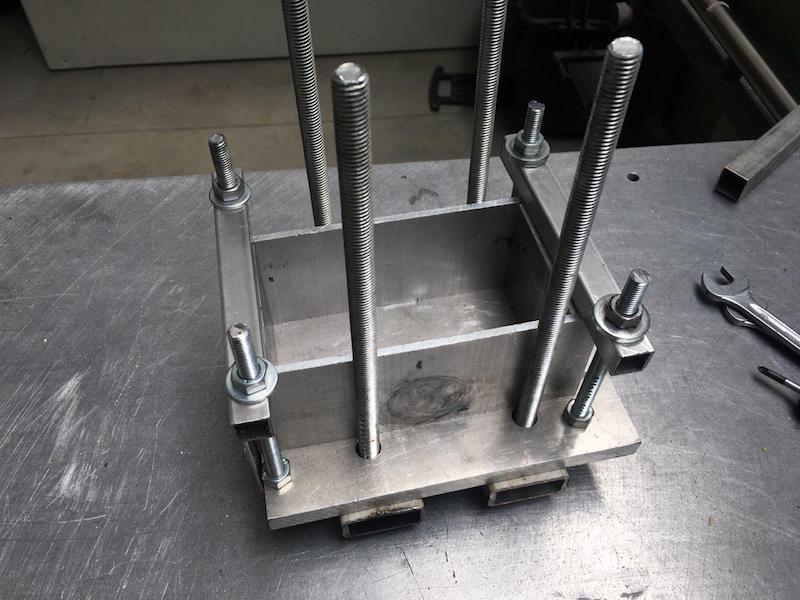 A special mould was developed and milled for pressing, which is preheated to 180 °C and exerts maximum pressure on the granulate. 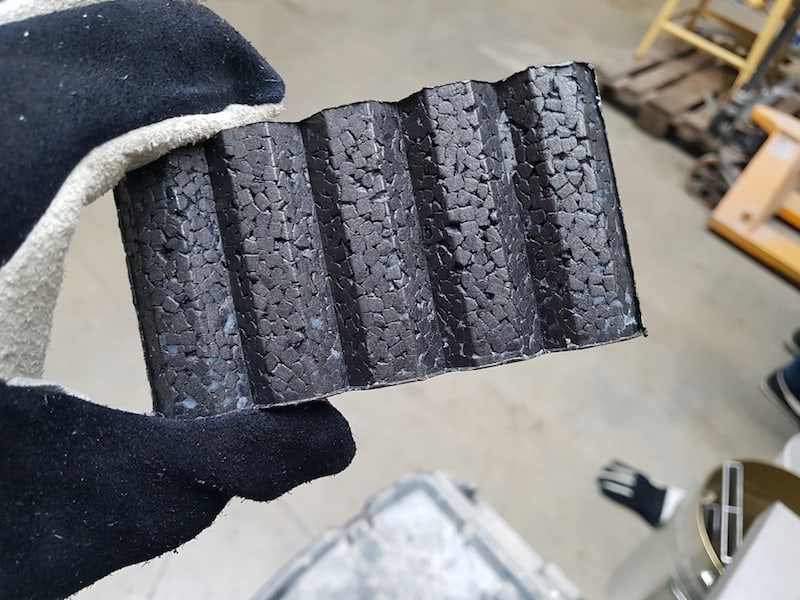 First attempts still led to a strong loss of paraffin and lent an interesting smell to our workshop. 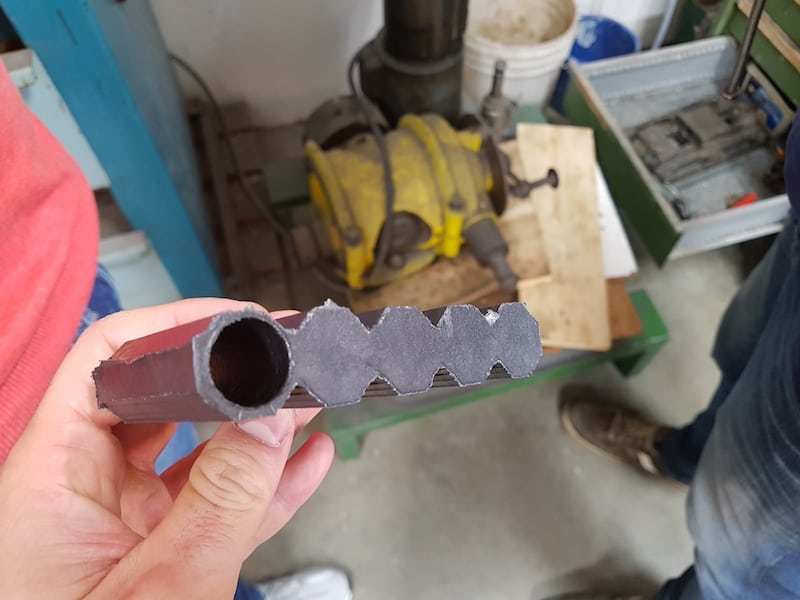 After a long period of process optimization, stable PCM blocks could finally be produced without material loss. The plastic could be carefully drilled with our milling machine. 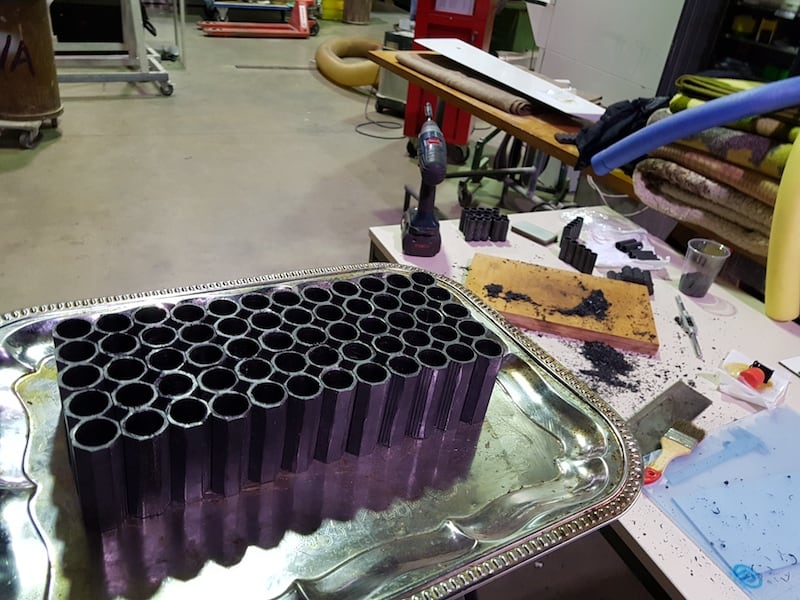 A total of 12 blocks were produced, each containing 5 cells connected in parallel. 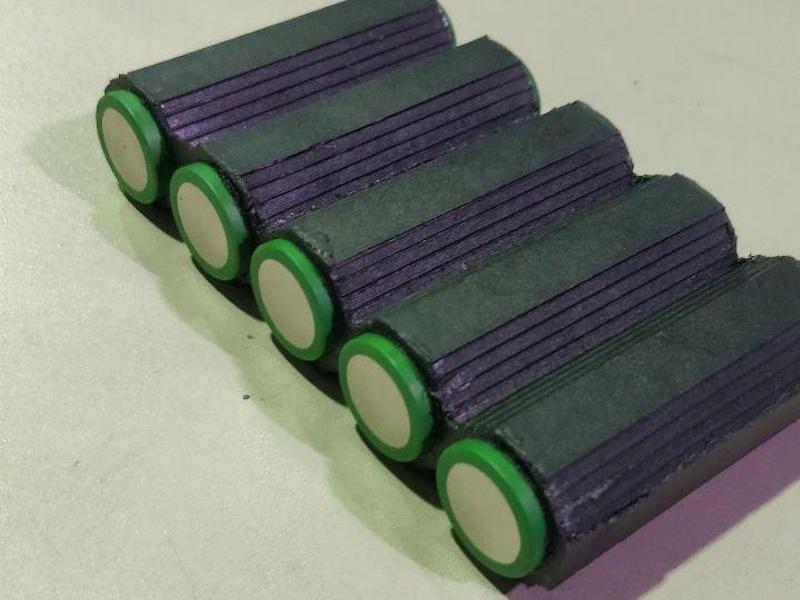 The cells were pressed into the holes provided with the addition of heat-conducting paste and sit firmly in their holders. 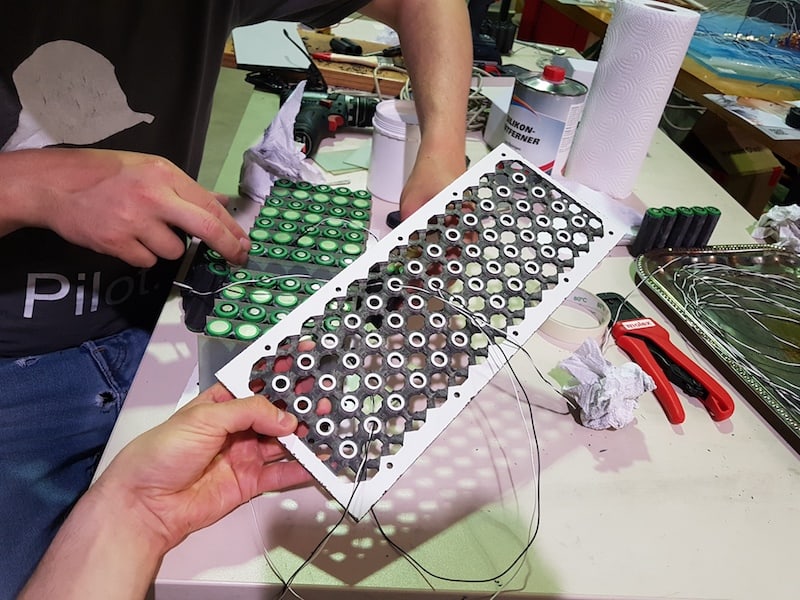 Insulating plastic plates on both battery poles have milled recesses for the contact surfaces and air ducts, which serve to cool the PCM later. 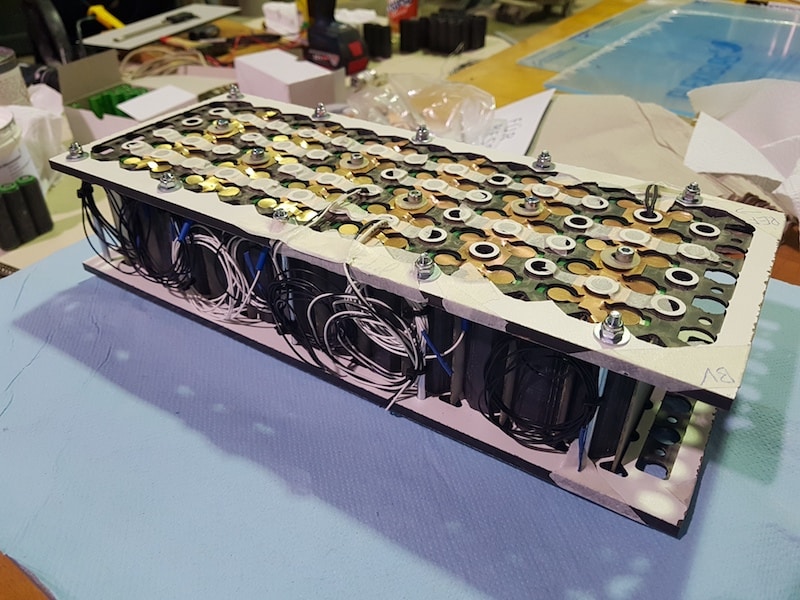 The two plates are screwed together for stabilization and later firmly anchored to the housing. The copper sheets are already fixed in preparation for welding. 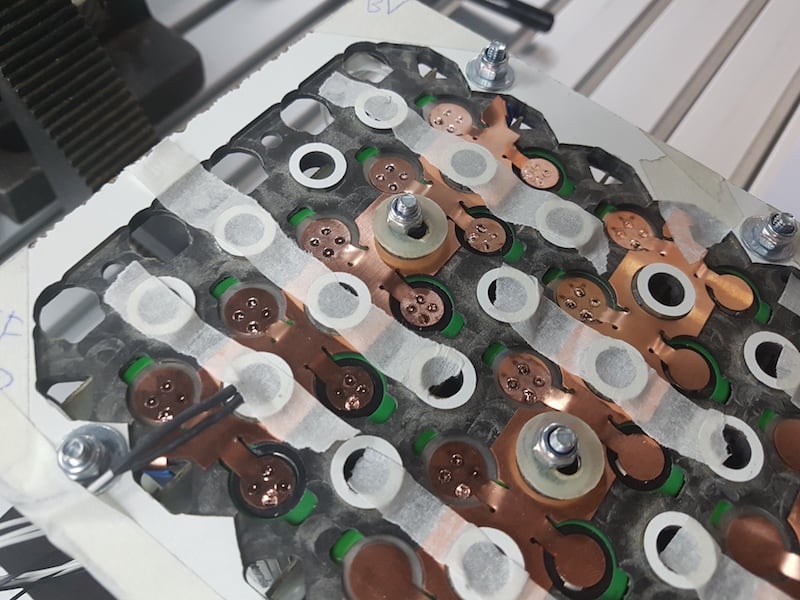 Copper arresters and cells are firmly connected to each other by means of a contactless arc welding process. Here we received support from the company Aixcon from Stolberg. 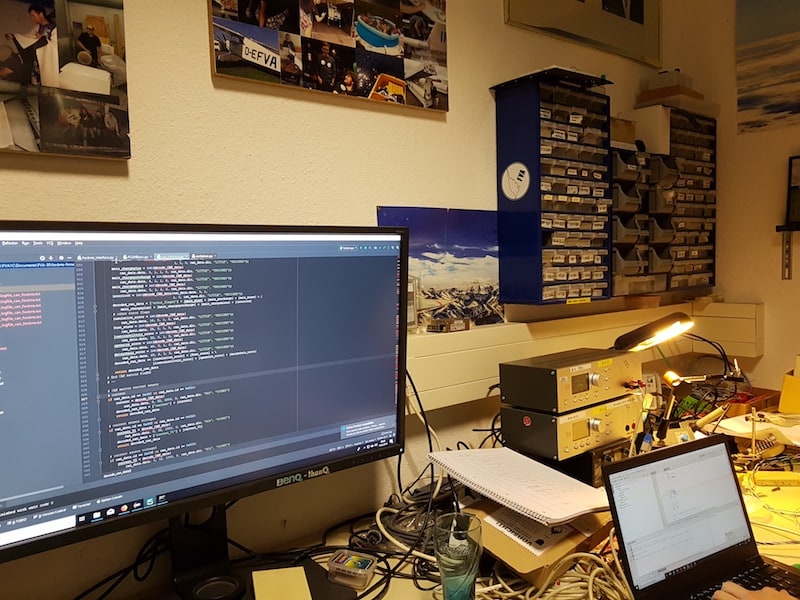 Until deep into the night we worked on the software of our battery management system. The BMS is based on an open source project and communicates via a CAN interface. 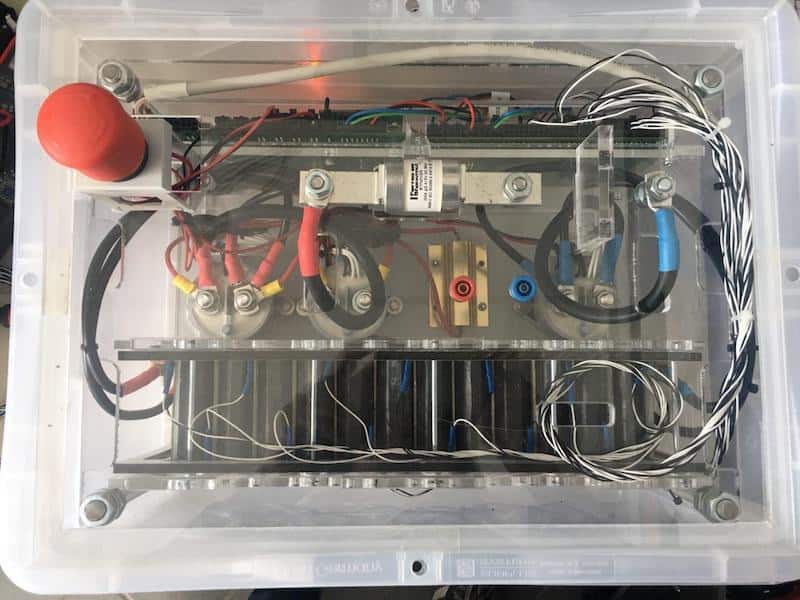 The finished test battery is safely protected by plexiglass plates and only starts operating after the contactors have been switched. An emergency stop switch creates additional confidence. 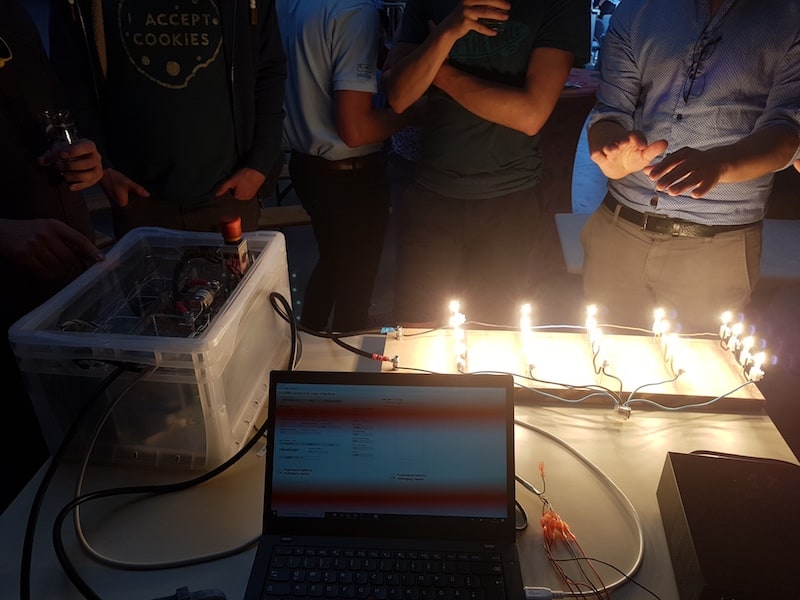 Finding a 50 V load was more difficult than expected. However, 1000 W halogen do a good job. 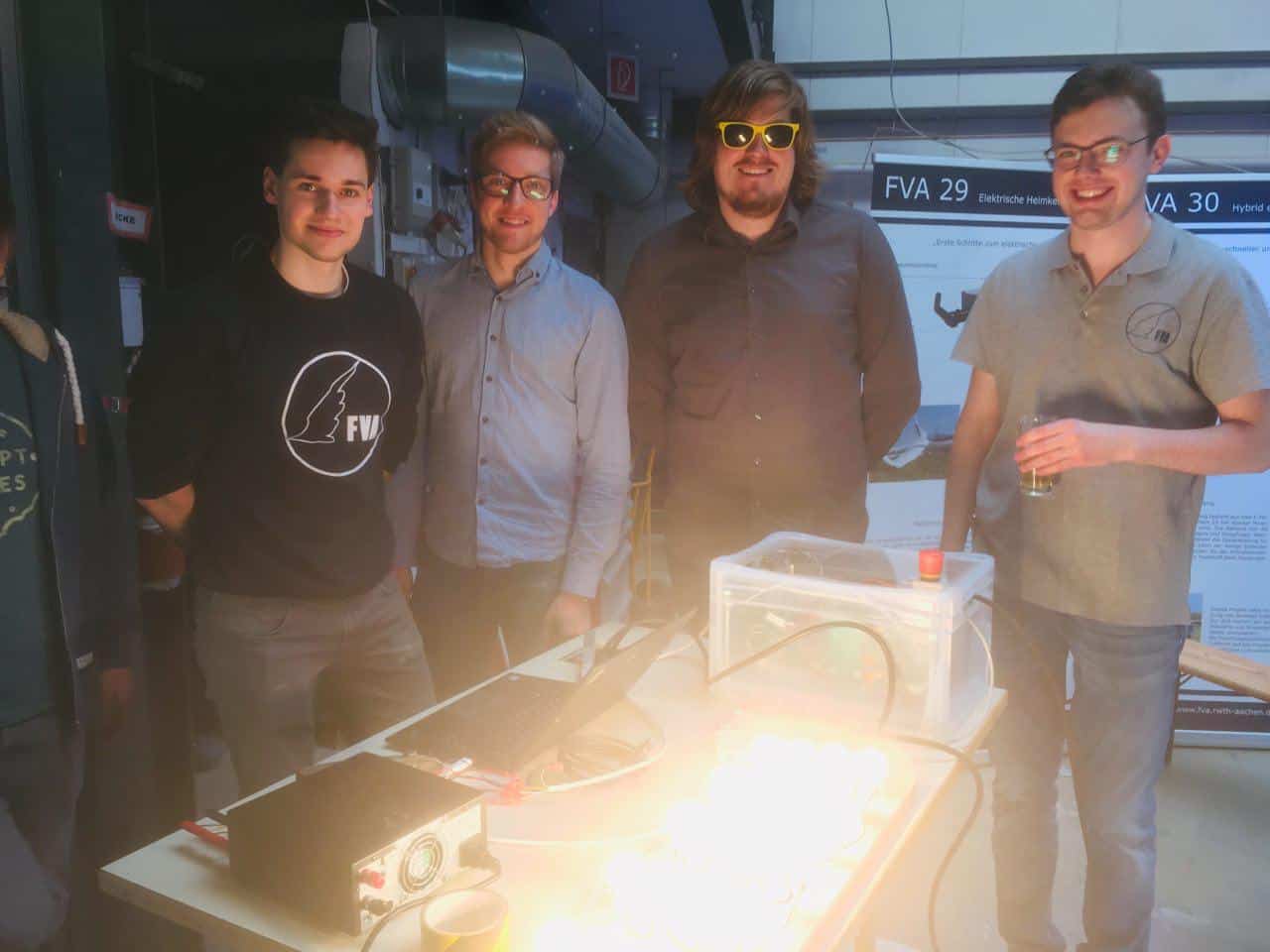 We are looking forward to the upcoming tests and results!

More about the project