The Harz mountain wave on FL230

The day in words:
The weather forecast alarmed us several days before with a prediction of strong SW-wind. Porta Westfalica is only a couple of hours with the car away from Aachen and a bit of slope soaring is a pleasure during the winter break. Freddy ensured that we could use a Duo (YD) from his association and everything seemed ready for thursday and/ or friday.
On wednesday we were disillusioned after some telephone calls, all airfields along the Porta had been affected by the heavy rain during the previous days and were for obvious reasons not available for landings for most aircrafts.

On wednesday morning we found Wolfgangs call to enter the Harz wave from Aschersleben (Eastern Harz/ Saxony-Anhalt). But driving over 500 km one-way with the trailer to fly possibly one day in the wave if it would actually appear? The cross-section forecast by the DWD was very promising, but how often have we been let down by these weathermen? Since the decision had to be made quickly, our reason was defeated by our desire to fly in the wave. The Duo was quickly equipped with oxygen and spontaneously Börni and WaHu decided to accompany us with the ASH 25 (IM). A phone call with Aschersleben confirmed the announced flight operations and we signed in for thursday. A few hours later the journey began. 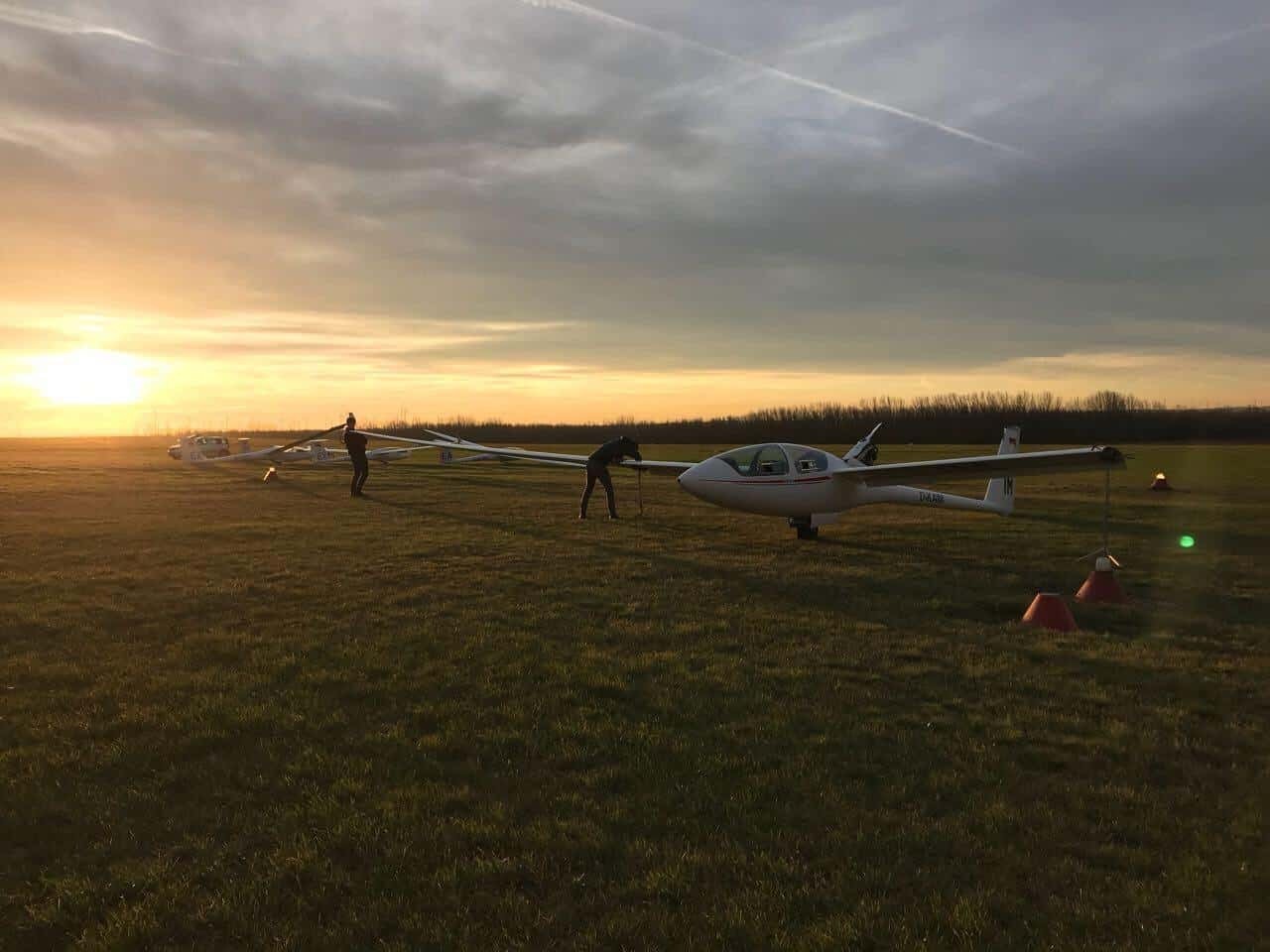 It was already dark and very windy when we arrived in Aschersleben, so we slept a few hours full of anticipation for the next day. With the first sunbeams we drove to the airfield where several trailers were already open and aircrafts got pushed to the start. During the assembly we were greeted kindly and briefedabout the local conditions and procedures. Due to the heavy cross wind the take-off should also be performed “across the runway”. A little later a Wilga taxied to the first tow and we realised that they did not mean the space diagonal of the airfield, but an actual aerotow across the runway. Unorthodox, but with the present wind conditions the safest and most reasonable method! 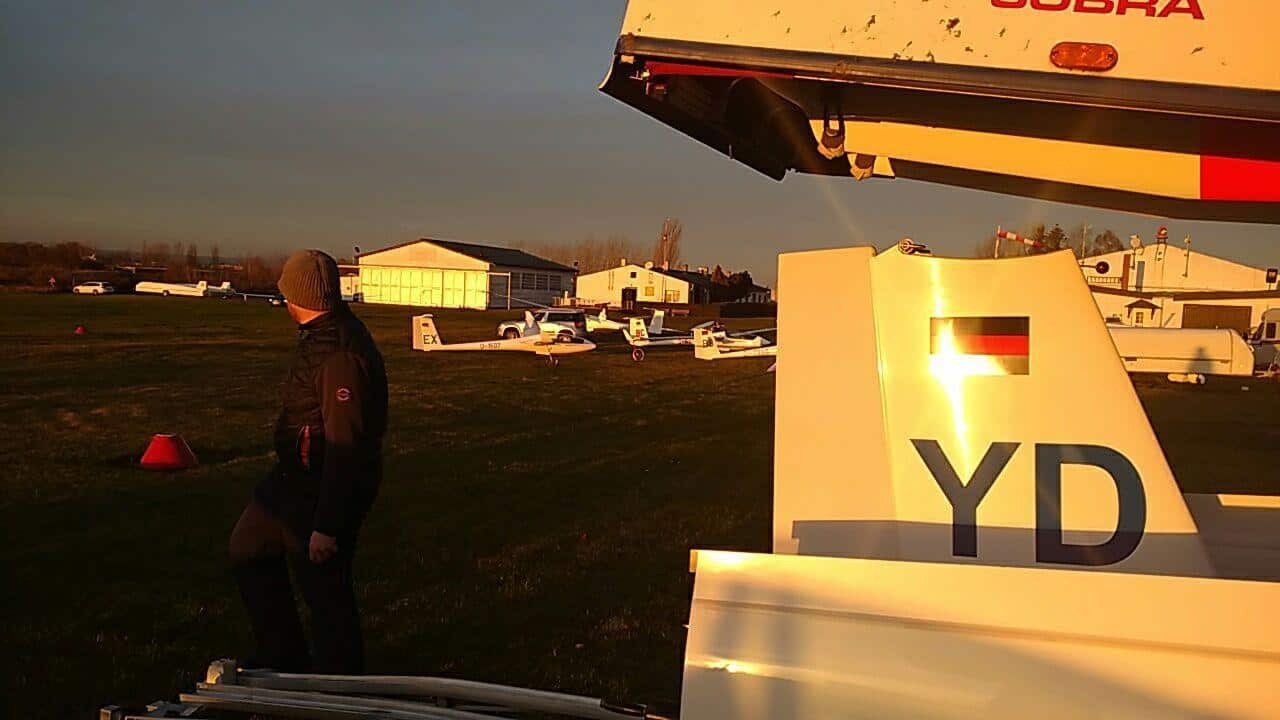 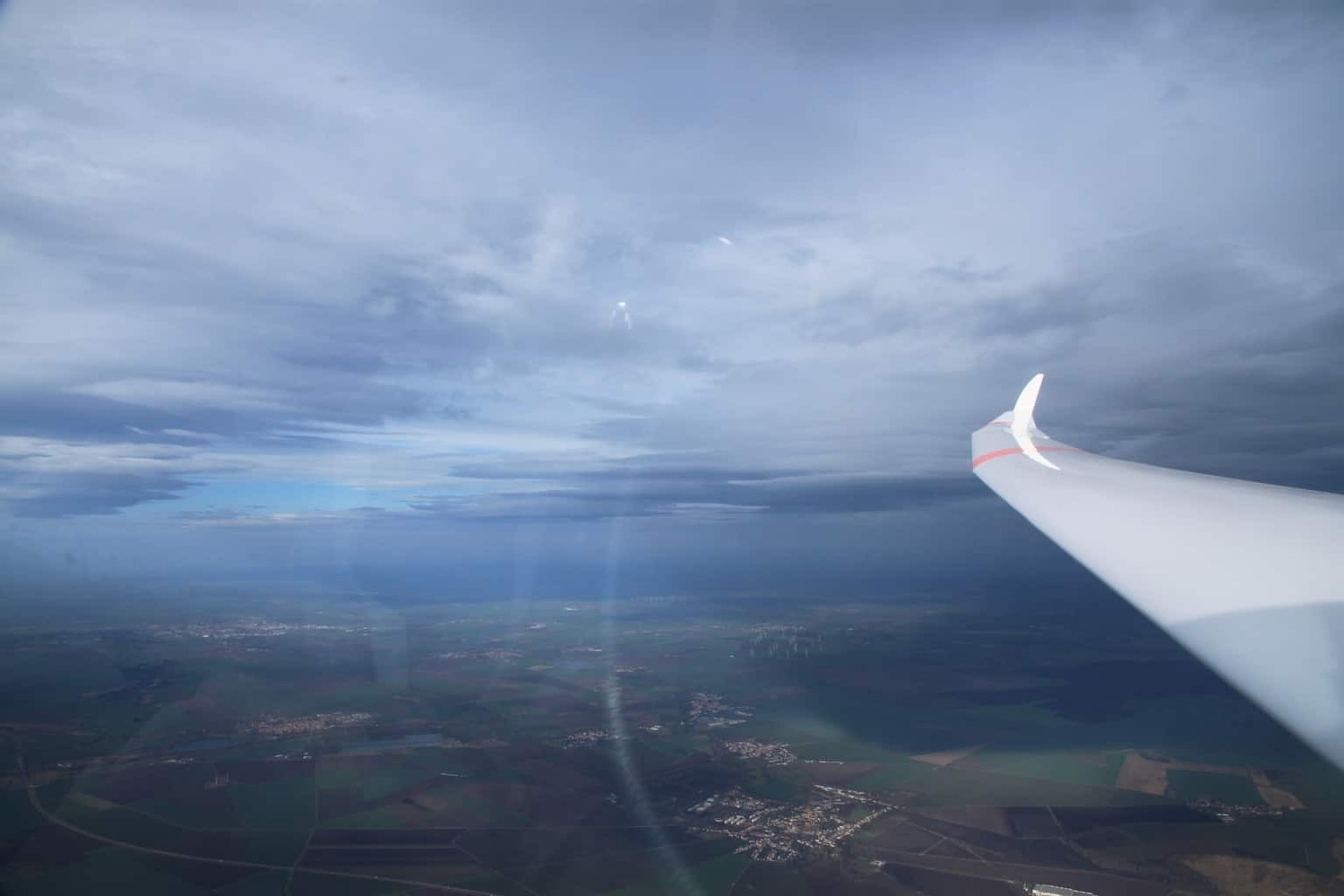 From Aschersleben to Quedlinburg and further on to Wernigerode the first Lenticularis clouds began to show. We released the towing cable in 2000 m MSL 10 km west of Aschersleben and were immediately in the first lifting area. Ascending with 0.2 to 0.8 m/s and 10 to 30 km/h ground speed, we went towards Ballenstedt. Before the take-off MaPi gave us a RASP-print (many thanks again!), which was very accurate and made it much easier for us to navigate between the different lifting areas. About an hour later we had climbed the first 1000 m and were west of Quedlinburg. From now on the climb ratio went up to 1 or even 2 m/s. The wave flight sector “Harz” was activated and even cleared up to FL230.

Above of Blankenburg and Wernigerode the climb ratio remained constant and after about 2 hours of flying without a single circle, we reached the ceiling of the sector at FL230 (about 6900m MSL), the peak of our flight. From here it was a fantastic view of the clouds below over the Harz Mountains and the Weser mountains region. Meanwhile, the thermometer showed -30°C and the canopy fogged up heavily and we began our decent. Near Ilsenburg we changed to a SO-heading. 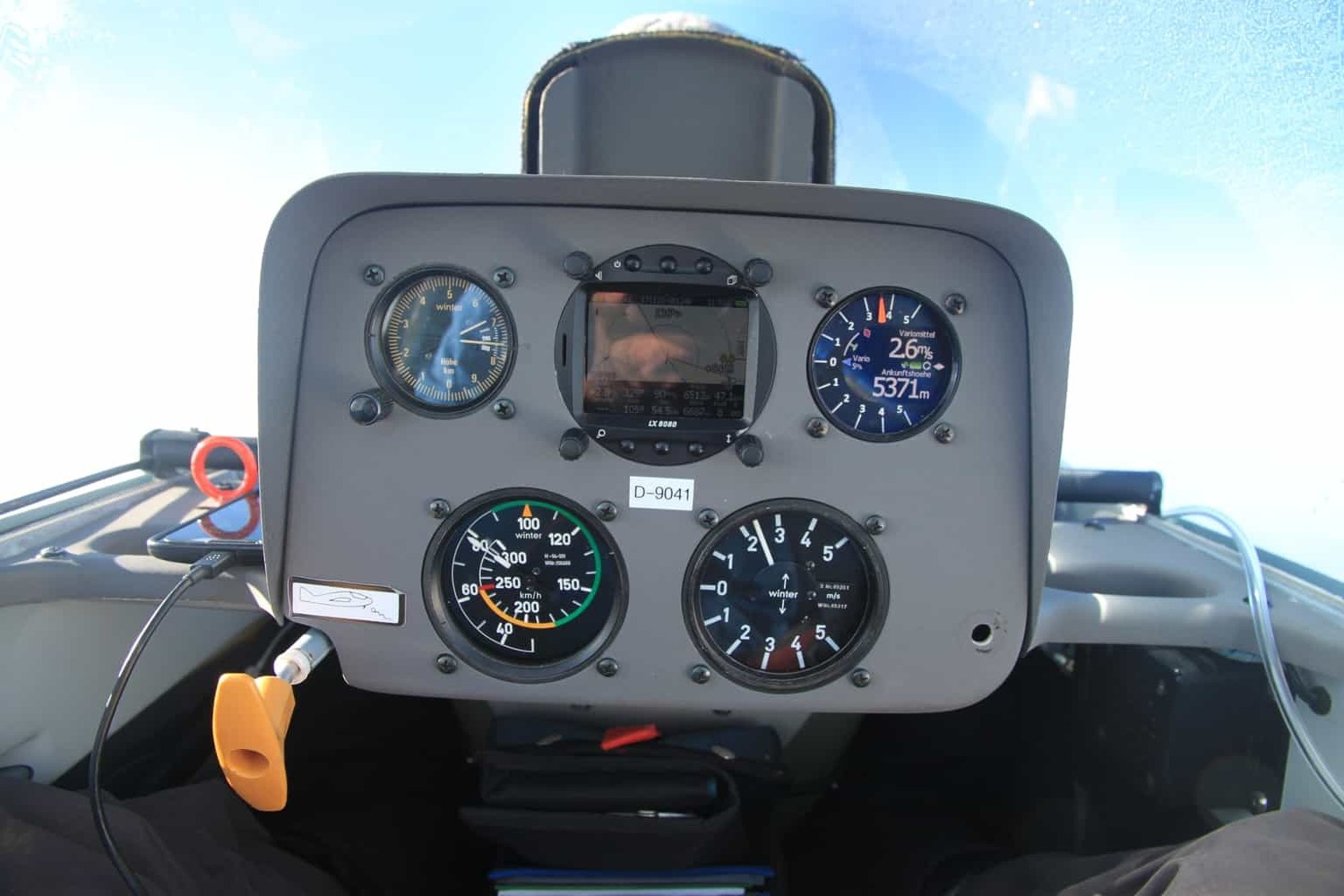 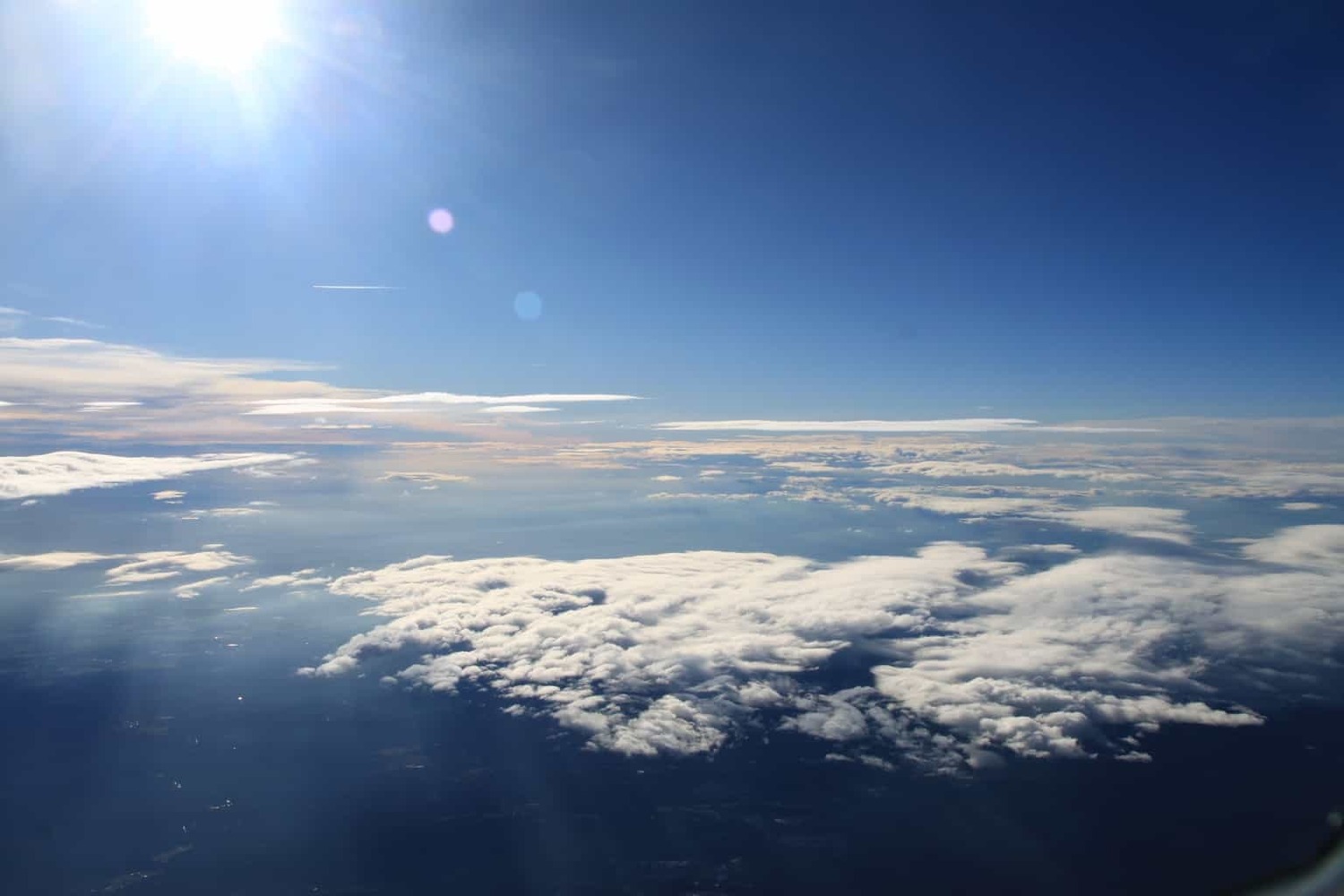 Because of the broad lifting area we had lots of time for a little foto shooting at about 5500m with IM in front of this breathtaking scenery. 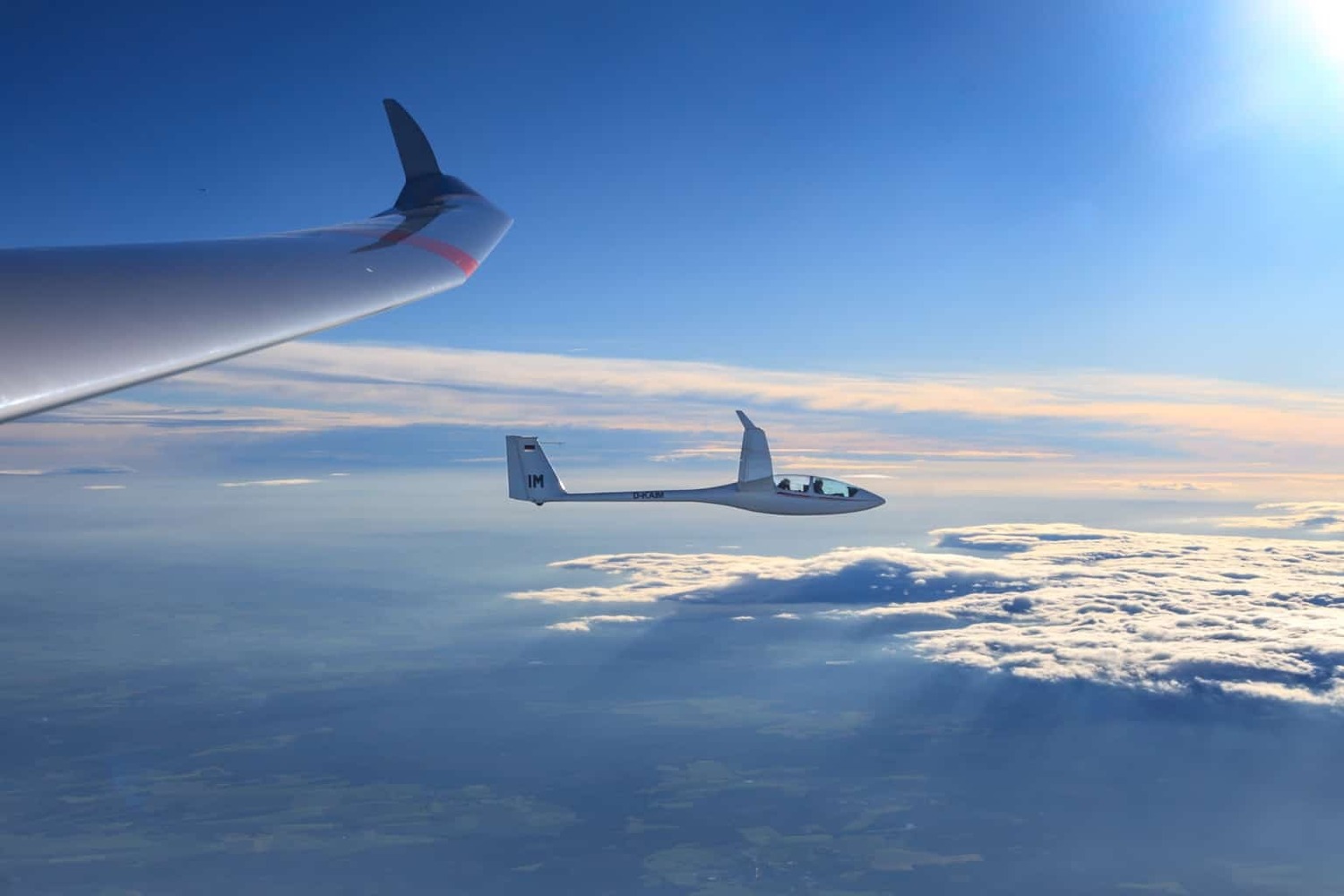 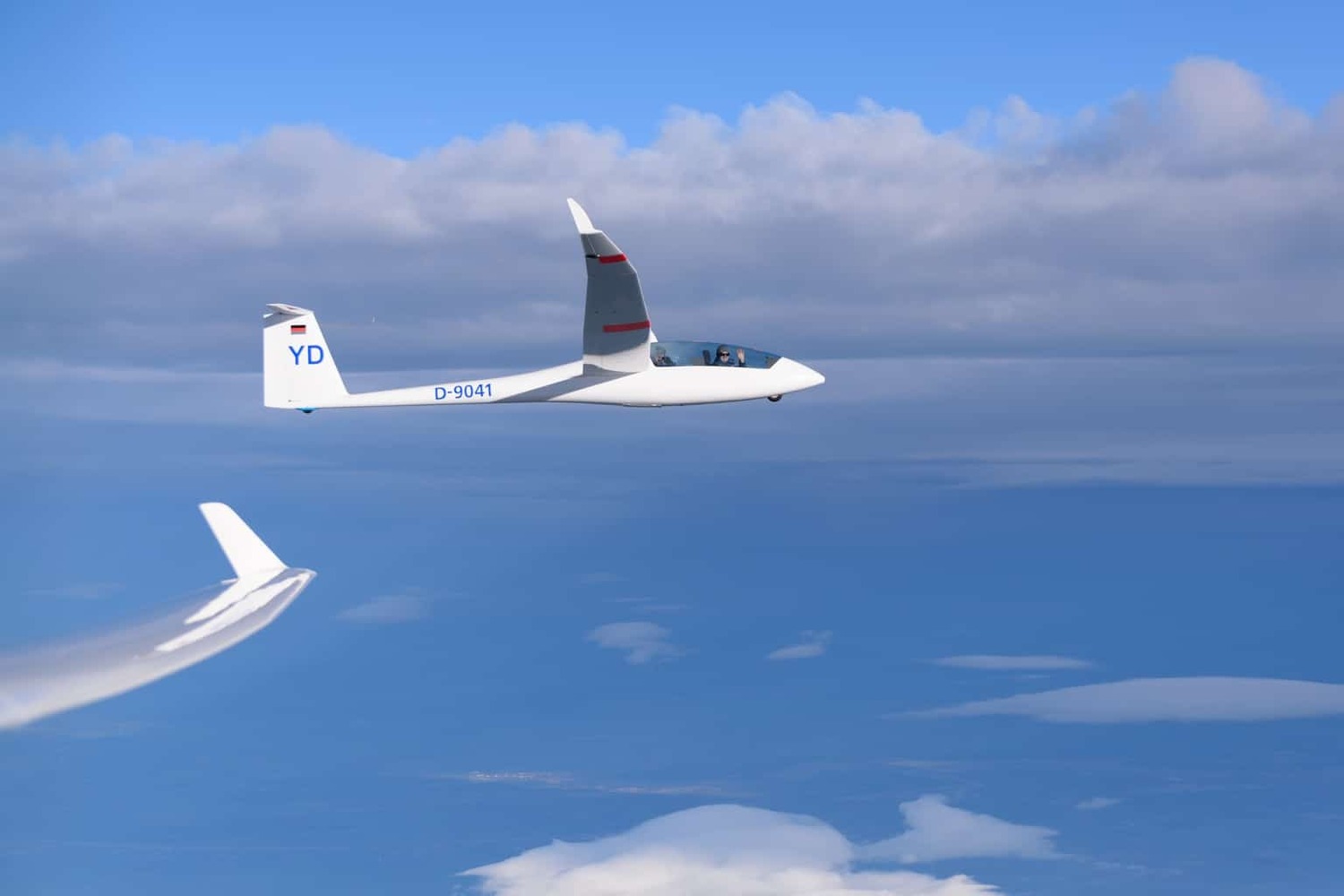 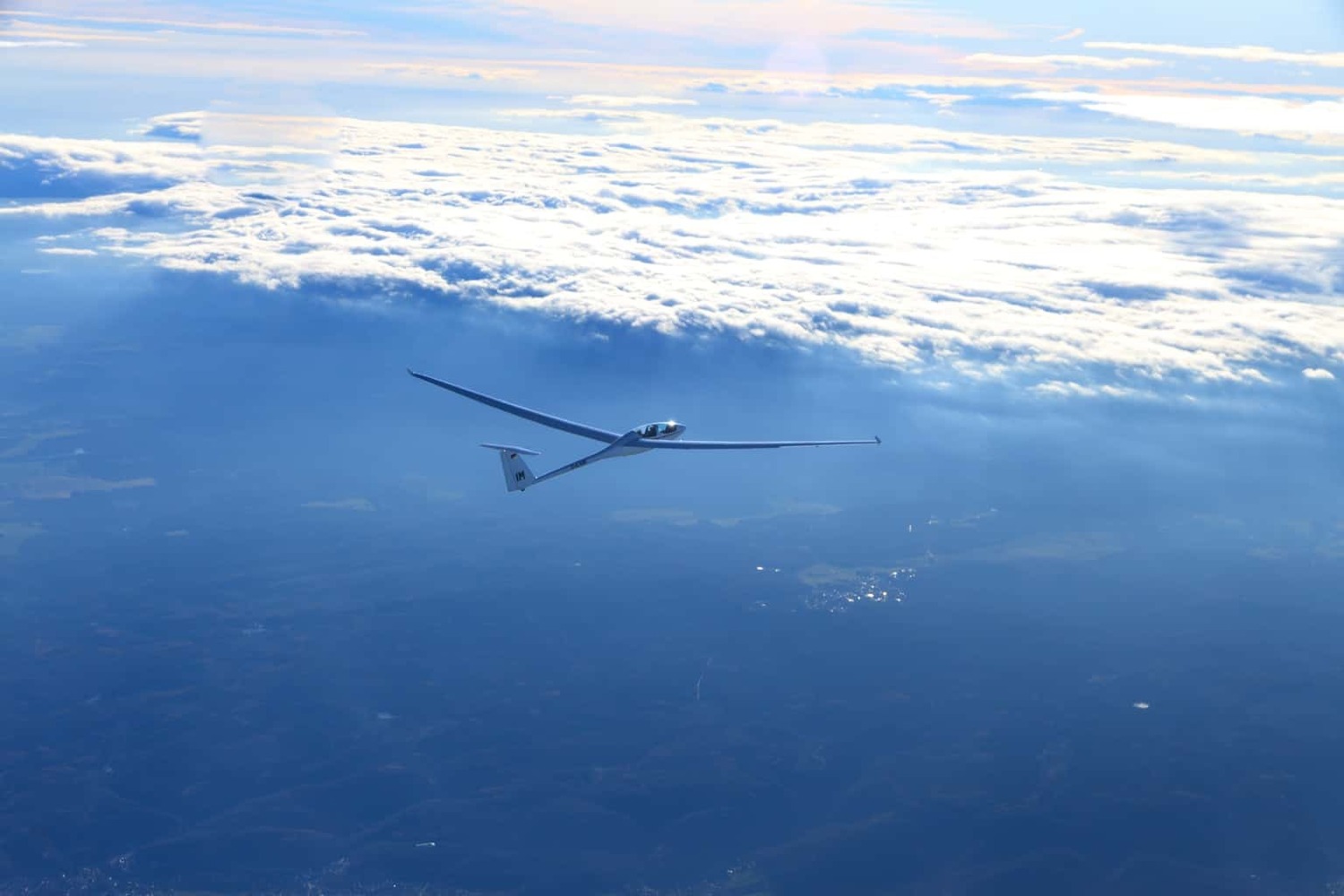 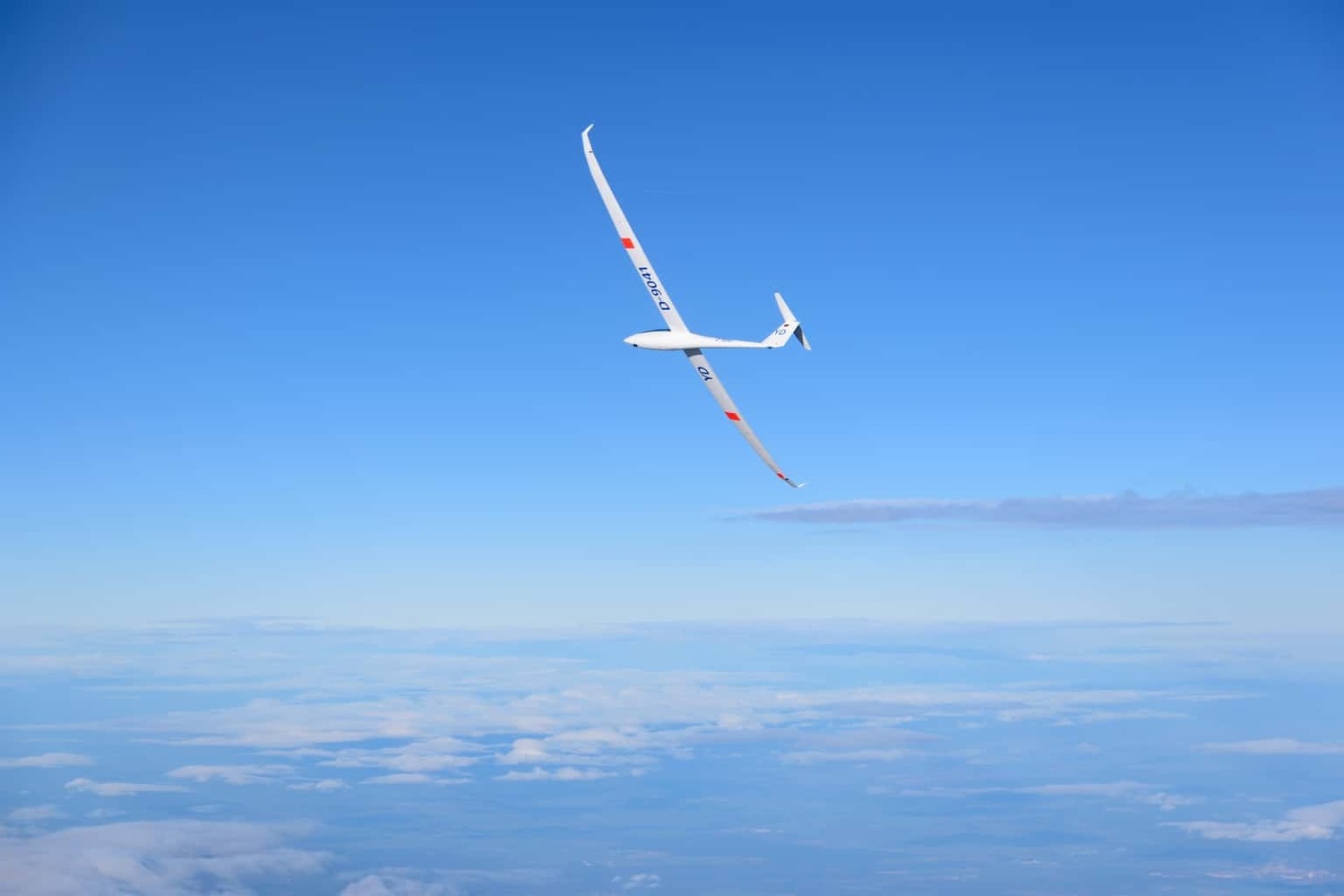 Every joy has an end, so we slowly but surely glided back towards Aschersleben. But we did not pass on the opportunity to inspect the lower Lentis a little closer.

The first real aeronautical challenge of the flight was the approach to Aschersleben. A rotor-like turbulence in the downwind approach shook us vigorously, before we touched down smoothly. Shortly before sunset our trailers were closed and our convoy rolled back west.

At this point I would like to say a great thank you to the group around Wolfgang Lieder from LSV Ostharz e.V., which gave us perfect conditions and made this flights possible in the first place! We hope we can be your guests again in the future.

Also many thanks to the DFS, whose special approaval with the height clearance made it possible to fly in this special wave. 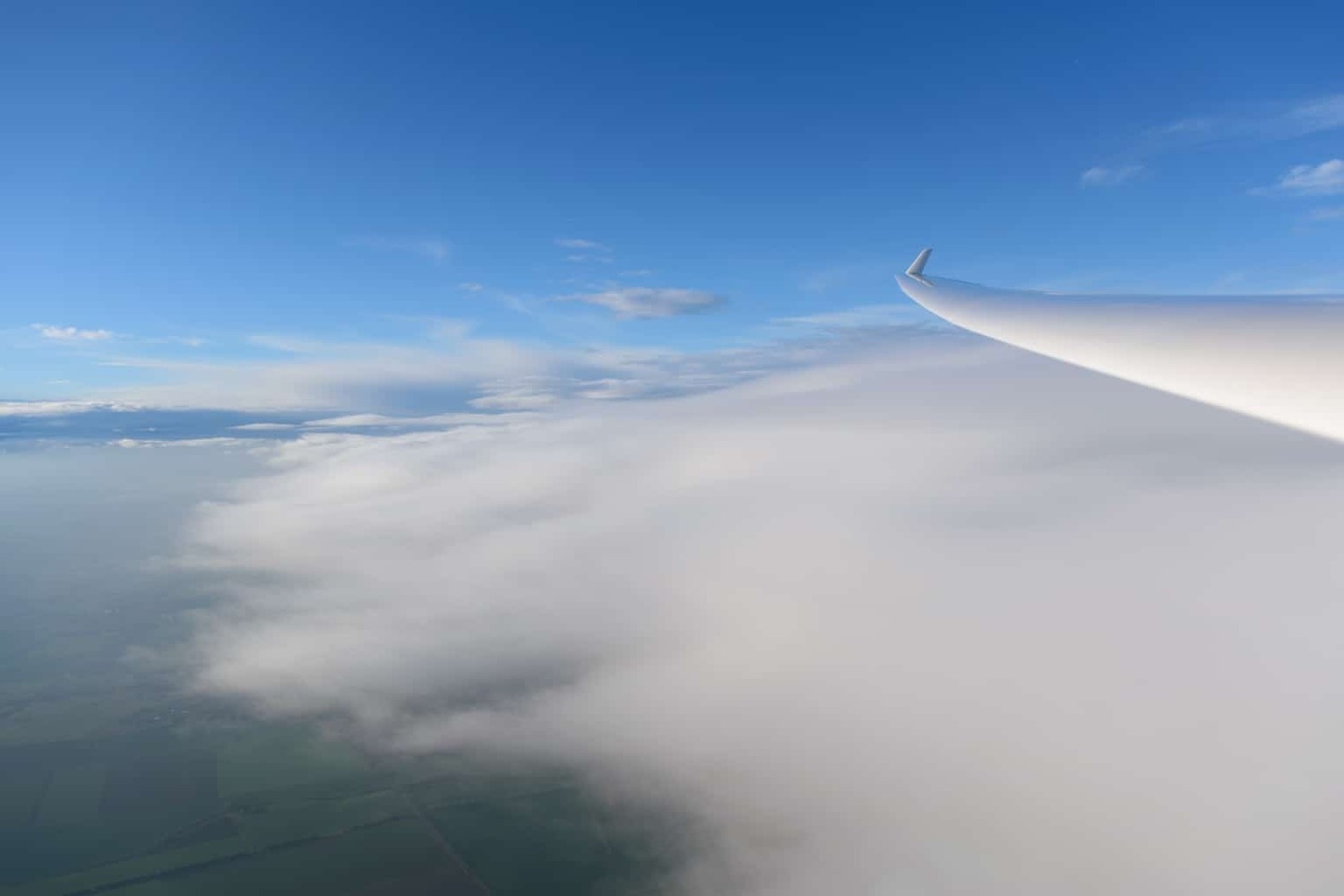 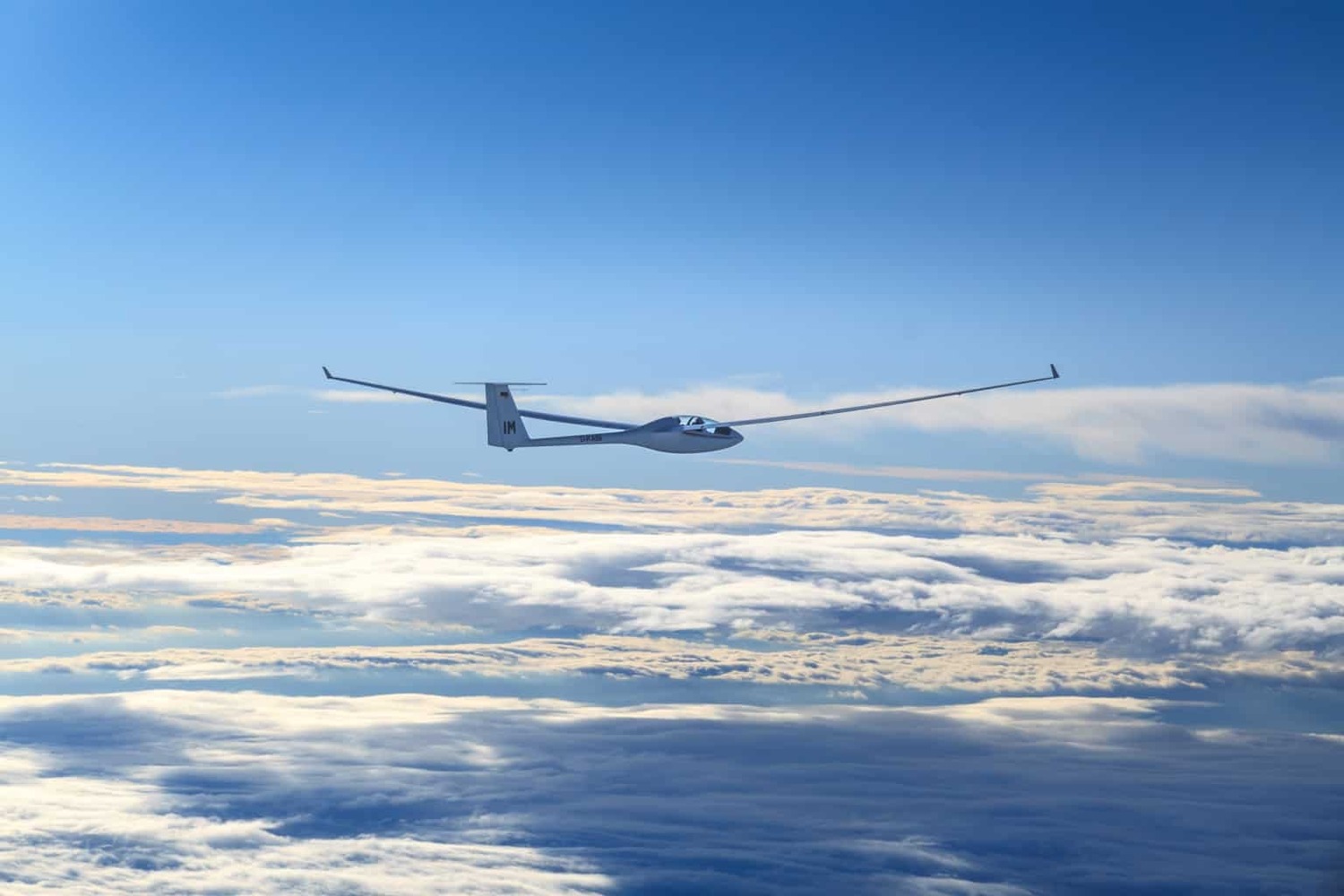